Allen Polt: News From the Studio 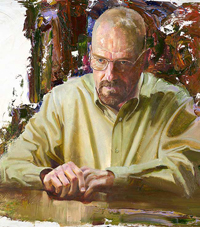 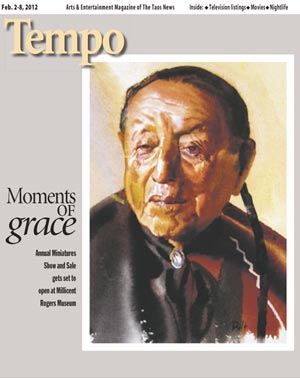 Allen's painting, Sunhawk, was chosen as the TEMPO magazine cover by Taos News in honor of the museum’s annual miniatures exhibition. The fundraiser featured work by over 150 artists. Allen's submission won the “Peoples’ Choice” award in the two-dimension category. An all-around wonderful evening for artist, museum — and Taos!

August 2011
Taos Art Museum Russian Nights
The gala evening benefiting this beautiful Taos institution culminated in an art auction with awards going to art in various categories. Allen’s works, Roll Your Own and The Navajo won “Best of Show”! 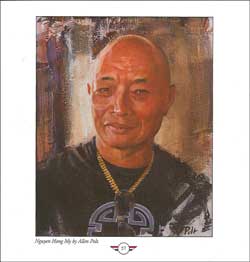 2010
My Enemy My Friend, a book about reconciliation after the Vietnam war
"A dear friend of mine, General Dan Cherry, boss/leader of the USAF Thunderbirds, shot down a North Vietnamese Mig21 and befriended the pilot 34 years later. I had the privilege of painting Hong My, whose portrait hangs in Hanoi and is also featured in the book." -Allen Polt

2010
The Thrill of the Chase
Forrest Fenn wrote this book about buried treasure and his extraordinary life. What an honor it was to illustrate it with pen and ink